The Packard Motor Car Company was founded in the early Twentieth Century by James Ward Packard. From the very beginning, Packard was positioned as a luxury brand, whose products were produced in relatively small quantities and at a much higher price than its competitors. Although twice as expensive as those of other manufacturers, sometimes more so, the cars quickly gained popularity among motorists, primarily due to their impeccable quality of production and high reliability of construction.

In the following decades, the Packard brand was associated not only with impeccable quality and reliability, but also seen as an indicator of status. Cars of this brand were exported to many countries around the world, and because production volumes remained low, the vast majority in other countries belonged to the political, business and cultural elites. Even with the onset of the Great Depression, the situation for Packard, in contrast to such influential competitors in this market sector as Duesenberg, Pierce-Arrow, Cord and Auburn, did not deteriorate significantly.

The company moved to the release of the so-called Series - small batches of the same type, which could differ slightly from its predecessor in subsequent subseries. It was at this time that Packard was the first to produce a car with a 12-cylinder engine - a real supercar of its time, which also had considerable success in the market. Yet the economic crisis eventually affected the company's economic policy, and in the second half of the 1930s more affordable cars began to be produced, which, despite a number of simplifications, still bore the usual hallmarks of a luxury brand.

In 1941, Packard introduced a new model of car - the Packard Clipper. It was created by the talented designer Howard Darrin, who had previously collaborated with this company and significantly influenced the appearance of all Packards in the second half of the 1930s. The new car had a powerful 125 hp engine with a displacement of 4.7 liters, was wider than its predecessors, and had an extremely elegant design.
By the end of the year, Packard had produced 16,000 such cars, but the US entry into World War II completely changed subsequent plans. The military high command issued extraordinary production orders for its requirements, and many purely civilian manufacturers, including Packard, were repurposed to produce military equipment. Packard won a special role in this big game - to produce one of the best engines of its time, the British Rolls Royce Merlin. After receiving all the documentation, it was named the Packard Merlin and was produced in the following years in extremely large quantities and installed in various types of aircraft, including one of the best fighters of its time, the P-51 Mustang.
Most of the Packard Clippers were purchased by the military, and it was widely used during the war years as personal transportation for senior officers. At least two of the cars became very famous because they were used by military heroes of the time - General Dwight Eisenhower and General Douglas McArthur.

During World War II, Packard made huge fortunes through significant military orders. However, after the war, its leadership was unable to take full advantage of this capital, relying on the re-release of pre-war models, including the Clipper, while other manufacturers offered completely new car models. The companyâ€™s affairs deteriorated every year and even a merger with another legend of the American auto industry - Studebaker - did not significantly improve the situation.

Production of cars under the Packard brand was discontinued in the late 1950s, and Studebaker finally went bankrupt in 1966. Given the oversaturation of the market, Packard unfortunately could not, as in the years of the Great Depression, defend its core values - luxury and impeccable reliability. A new era of the automotive industry had arrived - maximum simplification of construction and departure from the use of elements of "excessive aesthetics" in the general form of the car. Perhaps because of this, the Packard brand will forever be remembered by many fans as one of the best cars of the Golden Age of the American automotive industry. 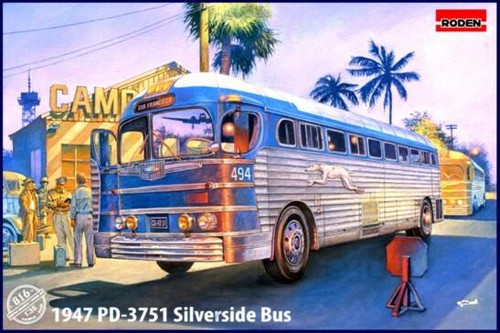