The Stuart light tanks were the first tanks taken into combat by US troops during WWII. Production of these vehicles can be broken into two categories: the early tanks powered by air-cooled radial engines, and late versions powered by twin V-8 engines. This volume explores the early, air-cooled vehicles, the M3, M3A1, and M3A3. Widely used both by the US Army and US Marines, as well as many Allied nations, these tanks, though lightly armed and armored, were mechanically sound and did much to stem the tide of Axis aggression during the early stages of the US entry into WWII. Through dozens of archival photos, including previously unpublished images, as well as detailed photographs of some of the finest existing examples of these vehicles, this early-war combat vehicle is explored and its history is explained. A companion volume will explore the later M5 and M5A1, and M8 Howitzer Motor Carriage versions. Part of the Legends of Warfare series. 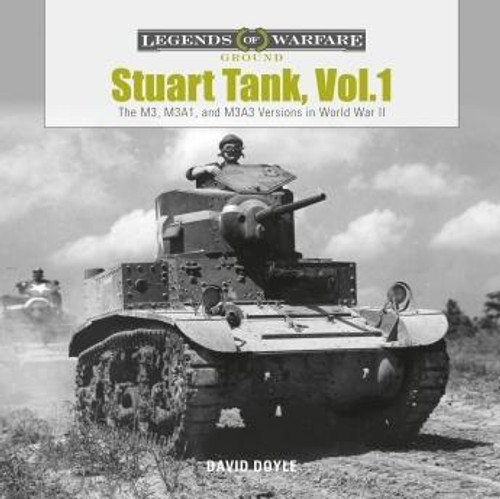