Preserved today as a museum in her namesake state, the battleship USS New Jersey (BB-62) saw combat during WWII and the Korean War and was the only battleship of any nation to see service during the Vietnam War. Following service in Vietnam, New Jersey was again retired to the reserve fleet; there she languished from 1969 to 1982, when the Reagan administration reactivated and modernized the New Jersey and her three Iowa-class sisters—Iowa, Missouri, and Wisconsin—and returned the massive ships to service. New Jersey was again decommissioned and returned to the reserve fleet in 1991. In a move that remains controversial even now, in 1999 the New Jersey was declared surplus by the Navy. The custody of the ship was then transferred to the Home Port Alliance organization in Camden, New Jersey, who currently maintains the battleship as a memorial and museum. This book, through more than 225 photos, documents the history from her construction through combat during each of her wars, and her preservation today. Part of the Legends of Warfare series. 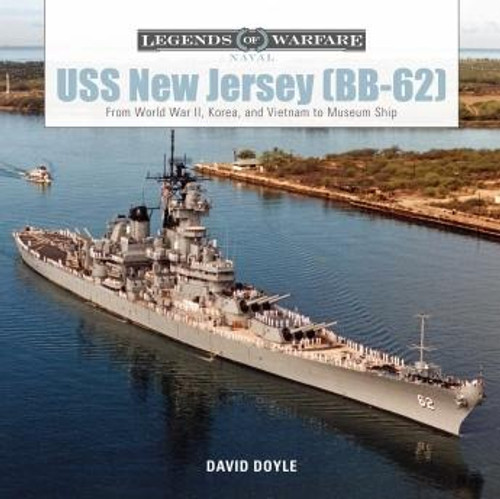