Volume 2 on the famed Sherman medium tank covers the welded-hull, radial-engine-equipped M4 and documents its development and production through its many variations, as well as its combat use around the globe. Produced by Chrysler, Pressed Steel Car Company, Alco, Pullman-Standard, and Baldwin Locomotive Works, the M4 bore the brunt of fighting until late summer 1944, when the M4A3 began to become available in quantity. Powered by a nine-cylinder air-cooled radial engine, the M4 fought in North Africa both with US and British forces, as well as across northwestern Europe, and leapfrogged across the Pacific islands both with the Army and Marines. The evolving design went through three major hull designs, multiple turret designs, and armament with either a 75 mm gun or a 105 mm weaponall of which are detailed. Part of the Legends of Warfare series. 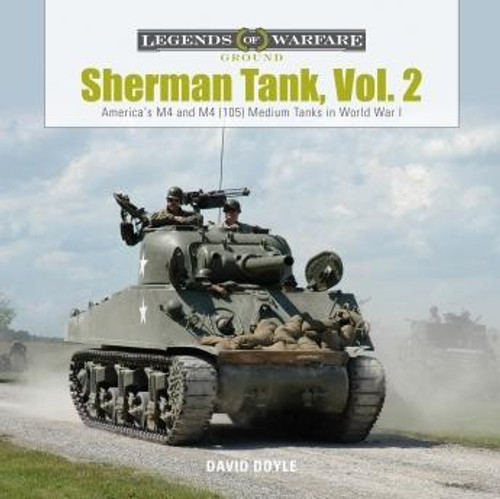