The nuclear-powered supercarrier USS Nimitz is the oldest carrier in the US fleet. Commissioned in 1975, CVN-68 is named after famed navy admiral Chester Nimitz and has been at the front line of many naval operations in its 40+ years of service. Nimitzs design and development, construction, sea trials, commissioning, and first cruise are presented in concise, detailed text. Also covered are all of the ships systems, including electronics, defensive/offensive armament, command and control, and aircraft launching and recovery. Nimitzs military campaignsincluding the Gulf of Sidra Incident, Operation Desert Shield/Storm, and Operations Southern Watch, Enduring Freedom, and Iraqi Freedomare also covered in detail, including their results. The book concludes with its latest operational deployment, Operation Inherent Resolve, and the ships current status. Part of the Legends of Warfare series. 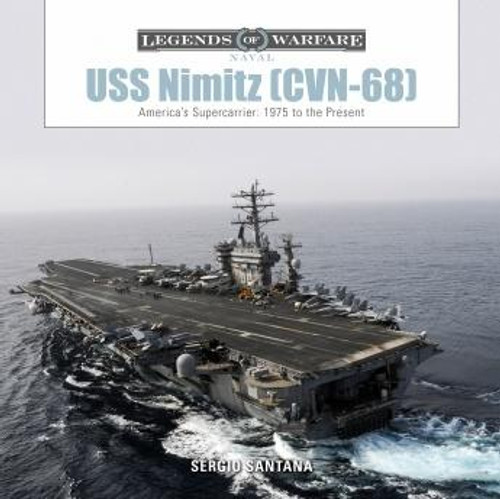