The second of two volumes on the legendary P.08 Luger (Pistole Parabellum), this illustrated book presents the design, manufacturing, and development of the various types from the late Weimar Republic period through the Third Reich era of the 1930s and early 1940s, as well as postwar models. Adopted by the German army, the Luger would remain in service during World War II and see use in the postwar East German military, as well as many other nations throughout the world. Details include close-up views of markings, as well as a serial numbers list, and a visual breakdown of the weapon. Accessories such as magazines, ammunition, holsters, and cleaning kits are featured throughout the book, as well as rarely seen combat-related uniform and equipment items. 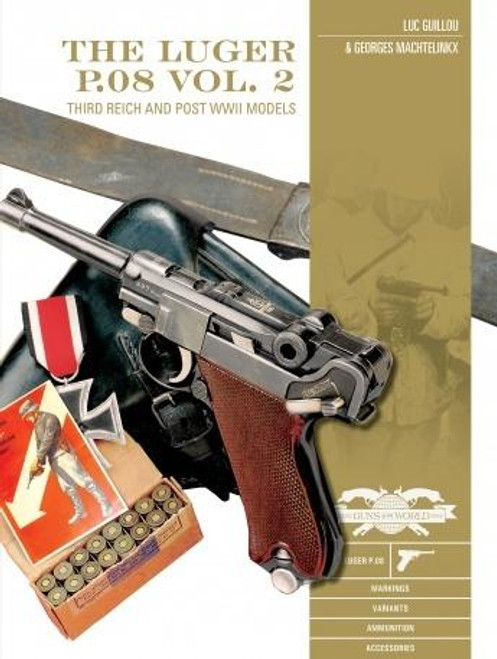