The second of two volumes on Mauser rifles, this full-color, illustrated book presents the design, manufacturing, development, and combat use of the various models from 1918 through World War II. Post-WWI manufacturers defined the characteristics of a future German regulation rifle derived from the WWI-era Gewehr 98. After the Nazi accession of the German government, the improved version of the Gewehr 98 was adopted in 1934 under the designation "K98k." This book presents the various models of this famous rifle, as well as the changes made to its manufacture during the Second World War. Details include close-up views of markings, as well as a serial numbers list, and a visual breakdown of the weapons. Accessories such as ammunition, ammo pouches, bayonets, magazines, scopes, and cleaning kits are featured throughout the book, as are rarely seen combat-related uniform and equipment items. 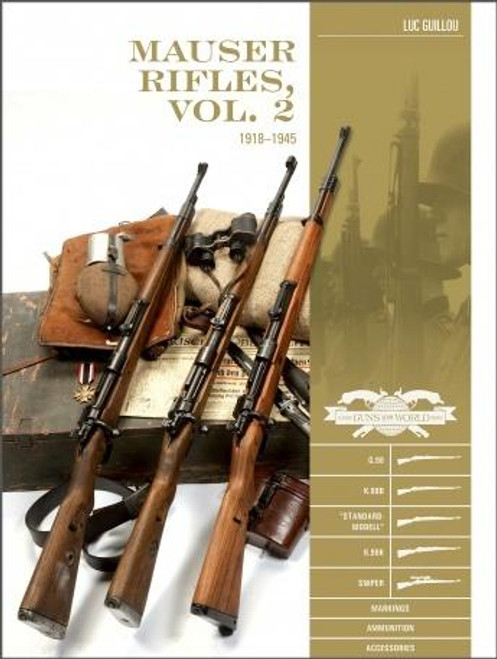