Masquerading as a civilian airliner during the mid-1930s, the Heinkel He 111 medium-range bomber saw its first combat in 1936 with Germany's Condor Legion during the Spanish Civil War. The initial stages of World War II confirmed the design's prominent role in advancing the German blitzkrieg in Poland and France. However, it was during the 1940?41 air battles over Britain that the type's defensive shortcomings became apparent. Easily recognized with its greenhouse? nose, the He 111 was one of the most widely used Luftwaffe aircraft of WWII and saw use as a bomber and transport over nearly every warfront. Later models were successfully used in antishipping and glider tug roles. A postwar model, the CASA 2.111, was flown by Spain's air force until the late 1950s, and as a transport into the 1970s. These Spanish models were also seen in such classic war films at The Battle of Britain and Patton. 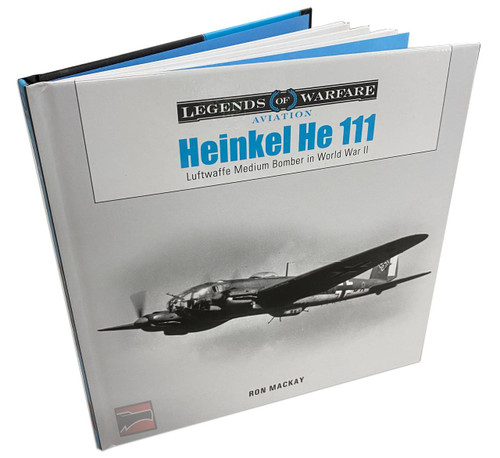