Born from encounters with capable Communist aircraft during the Korean War, the F-104 took shape on Lockheed's drawing boards in late 1952. Engineered by a team led by famed designer Kelly Johnson the aircraft, dubbed the Starfighter, first flew on 4 March 1954. Known variously as a 'missile with a man in it' and 'an engine with wings' the Starfighter soon captioned many speed and altitude records, some of which stand today. Through over 160 vintage photos, including more than 60 color shots augmented by color profiles and numerous line drawings, this new 80-page volume chronicles the remarkable 50-year military career of this aircraft, which was used by no less than 15 nations. By David Doyle 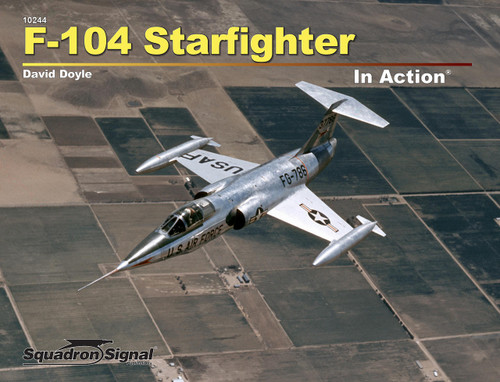