Developed in response to the need for a lighter armored personnel carrier, the M113 design was approved in 1959 and went into production in 1960. The M113 and its updated successors served as the standard US armored personnel carrier - known unofficially as 'battle taxis' - throughout the Vietnam War. They shuttled combat-ready G.I.s through the brush and evacuated their wounded comrades to medical aid stations in time of need. One modification made to the vehicle during that period was the introduction of a diesel engine, in place of its earlier gasoline motor - a change that was completed by the middle of 1968. The diesel-driven version of the M113 was received the designation M113A1. Although the M113 has largely been replaced by the Bradley Fighting Vehicle and is now only in limited use by the US armed forces, the vehicle remains in use today in the armed forces of other allies around the world. Illustrated with 130 photographs, plus color profiles and detailed line drawings; 64 pages. By David Doyle 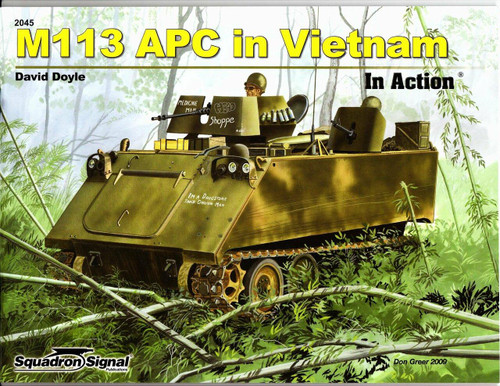