The M60 Main Battle Tank was conceived as the successor to the M48 Patton with the hope that it would prove a better adversary to the Soviet T-54A. Introduced in 1959, the 105mm-armed M60, and its variants, the M60A1 and M60A3, remained in production into 1987, forming the backbone of the U.S. armored force until it was supplanted by the M1 Abrams. In addition to the conventional cannon-armed versions of the M60, the M60A2 variant, sometimes dubbed the starship, included a new departure in tank armament. The M60A2 was armed with a 152mm projector, which could fire a conventional round with a fully combustible casing, or the MGM-51 Shillelagh anti-tank missile. Completing the M60 family were the M728 armored engineer vehicle, and the still-in-service M60 Armored Vehicle-Launched Bridge. Packed with 155 vintage color photos, 69 historic black-and-white images, by numerous fine line drawings, and a detailed data table, this 80-page volume traces the history of Americas iconic Cold War tank. By David Doyle 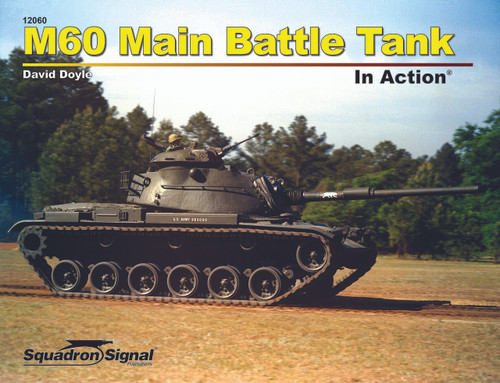