The US M7 self-propelled 105mm Howitzer, known as the Priest, was originally developed on the basis of an M3 medium tank chassis. Nicknamed the Priest because of its pulpit-like anti-aircraft ring, the vehicle was intended to provide armored units with organic, highly-mobile artillery support. Production began in April 1942 and it first went into combat with British at the Second Battle of El-Alamein in the autumn of that year, with US forces first taking the American-built vehicle into engagements in Tunisia somewhat later. M4 Sherman tank parts were incorporated into later Priests, in place of the earlier M3 tank components, and late models - those built during 1944 and after - also featured fold-down armor along the sides and rear of the fighting compartment. Packed with more than 230 photographs, plus color profiles and detailed line drawings; 80 pages. By David Doyle 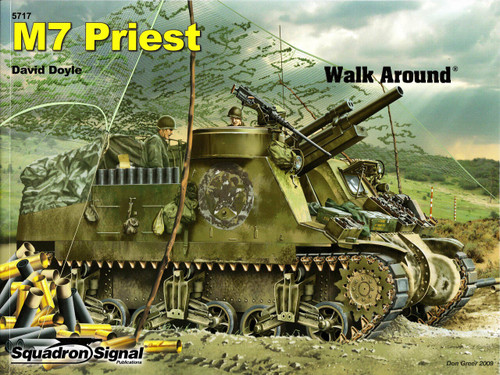