Hurriedly developed in 1942 under the auspices of the National Defense Research Committee, a think tank comprised of many of the leading scientists in the United States, the DUKW became arguably the most successful amphibious vehicle ever produced. Combining a hull form engineered by noted yacht designers Sparkman & Stephens with their own 2½ ton 6x6 truck design, General Motors produced 21,147 these vehicles during World War II. This comprehensive volume relies on never-before tapped primary source documents from the archives of General Motors, the National Defense Research Committee, marine architects Sparkman & Stephens, the US Army, and others to tell - for the first the first time accurately - the story of the DUKW and the men whose lives it touched. This 75,000-word book is packed with archival photos detailing the origin, design, numerous changes throughout production as well as wartime use of the DUKW. Covered are campaigns in Sicily, Mainland Europe, India and the far-flung islands of the Pacific, as well as its subsequent use in Korea, along with authorized field modifications as well as the follow-on Flying DUKW, Superduck, and Drake, and DUKW use in the 21st century. Illustrated with more than 750 photographs; 304 pages. By David Doyle 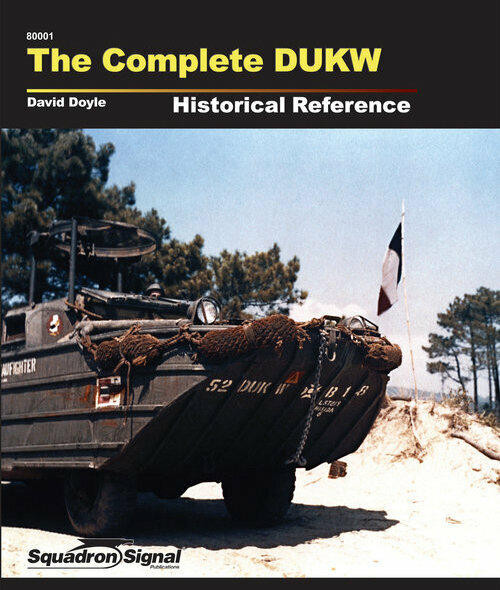