A Visual History of the Convair B-36 “Peacemaker”

Conceived during WWII and first flown on 8 August 1946, seven decades later the Convair B-36 remains the largest bomber in the world. The requirements for the aircraft that became the B-36 were born out of concern about the German advances in Europe. The US Army Air Corps issued a requirement for a very long-range heavy bomber—an aircraft capable of striking targets in Europe from bases in North America. Due to changing needs, the aircraft was not fully developed until after the end of WWII. Despite its original role, the operational B-36 quickly became the mainstay of the cold war U.S. Air Force strategic bomber arm. This title provides extensive photographic coverage of the aircraft in all stages of its development, production and deployment. Variants covered are the XB-36; XC-99; B-36A; B-36B; B-36C; B-36D; RB-36D; RB-36E; B-36F; RB-36F; GRB-36F; B-36H; NB-36H; RB-36H; B-36J and YB-60. Many of the period photos are full color and are supplemented with line drawings and illustrations. ISBN: 978-0-9861127-2-0 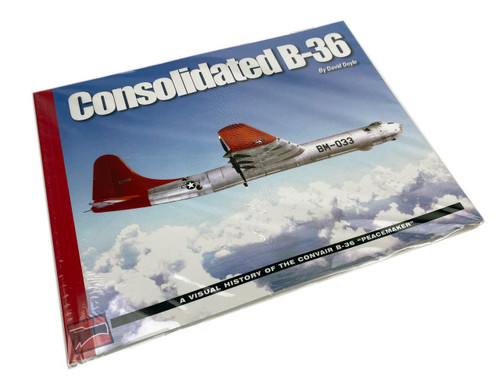