The North American P-51D Mustang was originally ordered in April 1940 by the British Air Purchasing Commission, and made its first flight for the US Army Air Force in September 1942. Initially under-powered, the aerodynamically clean single-seat fighter’s performance was perfected by fitting it with the Packard v-1650 Merlin engine, resulting in the P-51B and D versions. In the European theater, the principal role of the P-51D, introduced in May 1944 and fitted with drop tanks, was to escort the US 8th Air Force heavy bomber formations all the way from British bases to targets deep into Germany, including Berlin and beyond. During the Korean Conflict, P-51Ds were used primarily for close support of ground forces until with drawn from service in 1953. The P-51 served with Air Reserve and National Guard units until 1957. After the war, the Mustang proved popular with over 55 nations, and in 1960’s it was put back into production for the US Air Force. 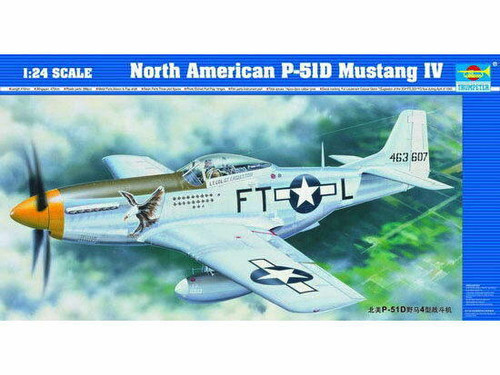