This self-propelled unit was created as an artillery support vehicle. The captured French FCM 36 tank became the base for it, and the German 105-mm leFH 16 howitzer was used as the main armament. The self-propelled gun was designed by German engineer and artilleryman Alfred Becker (in collaboration with Alkett). In the process of re-equipment, the engine-transmission group and a significant part of the hull of the FCM 36 tank remained unchanged. The howitzer was installed in an armored conning tower, open at the top. The MG 34 machine gun was used as an additional weapon. The concept of using these self-propelled guns provided for their joint actions with self-propelled 75-mm anti-tank installations as part of one unit, and howitzers could fire both direct fire and from closed positions. Both types of self-propelled guns were part of the mobile brigade West (Schnelle Brigade West), which eventually transferred its units to the German 21st Panzer Division. 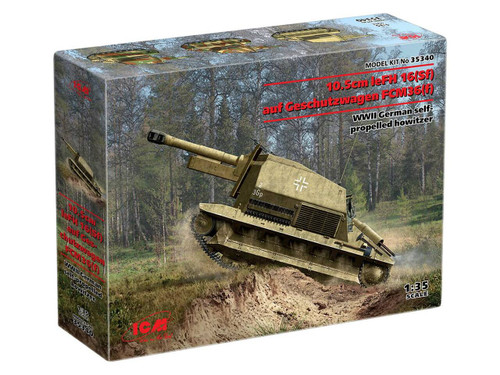