The self-propelled guns of the M-110 series have represented, for many years, the backbone of the field artillery of the United States Army. They were also largely used by the American Allied Countries.  It entered service in the ‘60s but thanks to the improvements made in 1977 on the M-110 A1 version, it acquired improved operational efficiency. The M-110 A1 was armed with the new 203 mm long range M201 gun able to use a wide range of ammunitions. The project was characterized by an excellent mix in terms of firepower and mobility thanks to its reliable chassis (the same of the M-107). The M-110 A1 was deployed in the division artillery to perform tasks as general support, counter-battery fire and suppression of enemy positions. It was widely used during the conflict in Lebanon and during the first Gulf war. 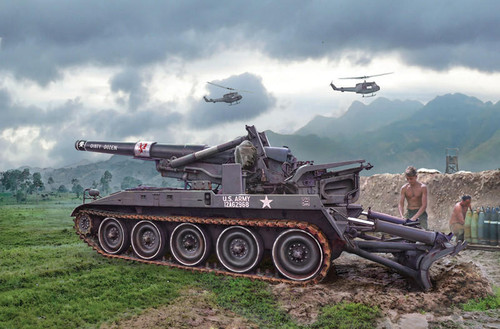