Starting on May 10, 1940, Operation Gelb, Wehrmacht formations invaded the territory of Holland, Belgium and Luxembourg. The French commander-in-chief, General Gamelin, ordered the French army to engage in battle with units and subunits of the German troops. Fierce fighting unfolded, and the battle for France began.

Parts of the Wehrmacht advanced rapidly, which was largely facilitated by the high degree of motorization of the German armed forces. Tank units with the support of motorized infantry advanced in swift throws. Wedging into the battle formations of the French, the German army used the tactics of lightning war, also known as Blitzkrieg. Also, one of the components of the success of the Wehrmacht was a well-functioning radio, allowing units to successfully coordinate their combat operations.

Despite the resistance of the French army, the campaign, however, was completed in a short time, and on June 22, 1940, France capitulated. 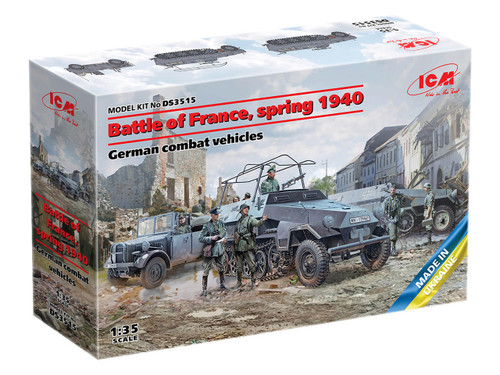