The Russian Heavy Tank JS-2 was built to counter the German Tiger I. The JS-2 was put into production in the latter half of WWII in December 1943 and was equipped with a powerful 122mm gun, maximum armor thickness of 120mm, and good mobility. From August 1944, the upper part of the glacis hatch was removed from the hull which greatly improved its defensive protection. The JS-2 was produced in the Chelyabinsk Kirov factory (ChKZ) and a characteristic of the tank was its one-piece rounded front hull. JS-2s were used to breakthrough defensive positions as well as in tank battles and contributed to the eventual Russian victory. 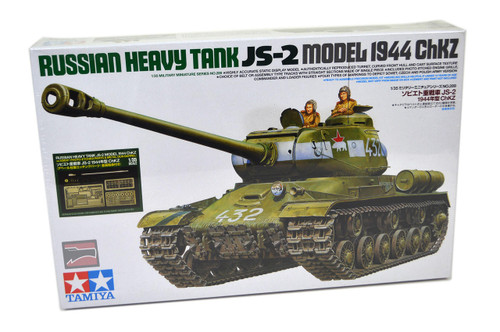