The Flagship of the Japanese forces
The Japanese battleship Yamato was laid down in November 1937 and commissioned in December 1941, giving notice to the world of the level of Japanese ship-building technology. A truly massive ship, it had a waterline length of 256m, a beam of 38.9m, a displacement of around 70,000 tons and nine 46cm guns which had a maximum range of 41km and were capable of piercing 43cm of armor from 30km away. Her armor, meanwhile, weighed in at an staggering 21,000 tons. The hull of the ship had been kept as short as was possible, with defensive considerations meaning the bridge, gun turrets and mechanical sections concentrated in the center of the vessel. Beneath the waterline, she employed a bulbous bow that protruded 3 meters and contributed to increased wave-making resistance. She featured in actions including the Battle of Leyte Gulf and the Battle of Midway. On April 7th 1945 she came under attack from over three hundred U.S. aircraft while on the way to Okinawa, sinking to the bottom of the ocean. 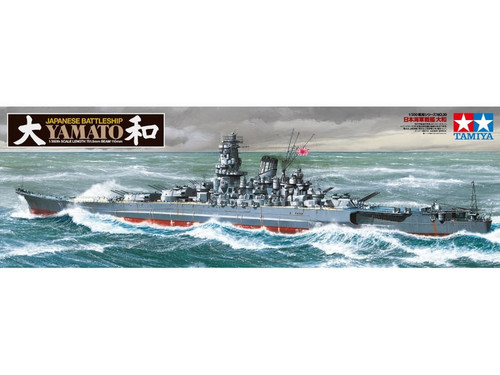