After the completion of Gorizia incorporated into the second cruiser detachments, December 31, 1934, transferred to the cruiser detachment. Thereafter until 1940, Italy entered the war, Gorizia has been in the squad. From 1936 to 1937 during the Spanish Civil War, Gorizia activities in Spanish waters. Gorizia in August and September 1941 to participate in intercept the British meat Action and the" Halberd action ", at the same time cover the communication lines in North Africa in December 1941 and March 1942 were involved in the first times and second Siirt Bay naval battle. later, in June to participate in the intercept British army "Harpoon actions" and "strong action" involved in the intercept "bearing action＂in August September 9, because the Italian government to Allied surrender while the Germans control.June 26, 1944, the United Kingdom and Italy combined commandos sneak into La Spezia and sunk her. 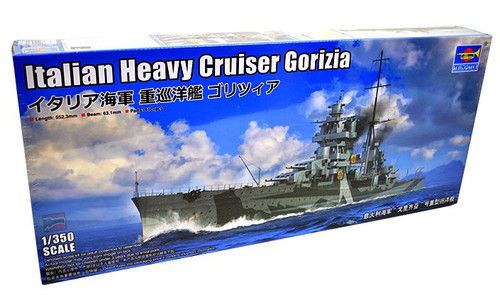