Before their appearance in Vietnam, the B-26K Counter Invader strike aircraft managed to fight in another part of the world – in the Congo. In the 1960s, this Central African country found itself in a state of civil war. The United States of America supported the government of the Congo against the rebels known as the Simba. With the support of the CIA, a special aviation unit was formed, but political considerations did not allow the use of American pilots. And then it was decided to use crews recruited from pilots from other countries for these tasks. Many of them were Cubans.

This aviation unit, also known as 211 Squadron of the 2nd Congo Air Force Group, performed air support missions for government troops in their battles with the rebels. Since the use of bombs was prohibited, the B-26K Counter Invader inflicted fire damage with heavy machine guns and unguided rockets. Great firepower, long range and the enemy’s lack of anti-aircraft defenses made these aircraft effective in the fight against insurgents.

In early 1965, some B-26K aircraft received original markings, which were used as a sign of squadron identification. She was a large black bull on a white background, copied from the label of a popular local beer brand, and the name Makasi. The name was translated as “very strong” or “strong as a bull”. 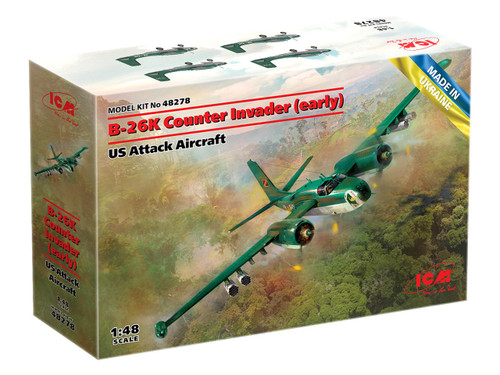