The Messerschmitt Bf 109E was the Luftwaffe's mainstay fighter in the early stages of WWII. This kit depicts the E-4, which was produced from May 1940 and saw extensive action during the Battle of Britain, and the E-7, which was fitted with a drop tank for increased range. The angular form of the aircraft has been accurately reproduced complete with details such as a canopy that may be assembled in open or closed position, a rack for the E-7's drop tank, and the Trop version's air intake with sand filter. One pilot figure and three marking options are included. 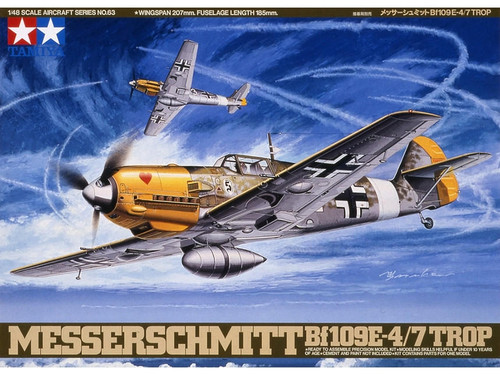