Among the many variants of the Focke-Wulf Fw 190 that were produced during WWII, the D-9 is one of the most recognized. It entered service in September 1944 and was notable for its switch from the previous radial engine to a liquid-cooled V-12 engine for even higher performance. This kit accurately depicts the D-9's features, including its lengthened nose and rear fuselage, and includes parts to depict either open or closed cowl flaps and canopies. One pilot figure and four marking options are also included. 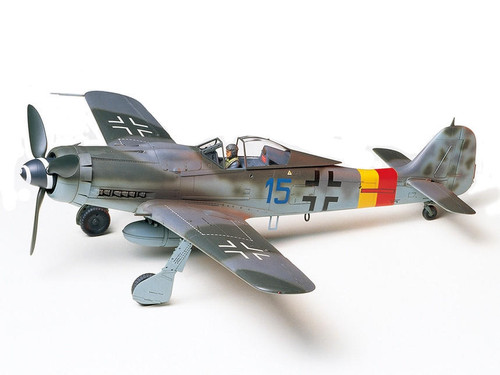