Of the many variables that take affect any conflict, supply and mobility are the most pressing.Germany realized this very early and developed a number of vehicles for this purpose,including the Sd.Kfz 251 half-track. This machine became the centerpiece of their mechanized corps throughout WWII. The half-track could drive on difficult terrain and could easily tow various kinds of trailers and cannons. The Ausf.D was designed for ease of production and various types were produced, including those equipped with wireless radios and gun turrets. However, the basic version was the troop carrier which seated 12and came armed with two MG42 machine guns. The half-track could be seen at every front and had an on-road top speed of 53km/h and a 300km operational range. 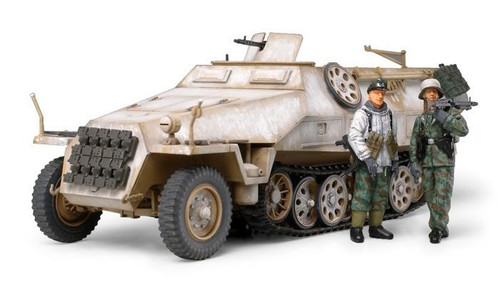