During the Vietnamese War, the US armed forces made extensive use of combat aircraft. Aircraft were used for a wide variety of missions and played a significant role in this conflict. The most heavily used aircraft were the Air Force, the Navy, and the United States Marine Corps. The American army also had its own aviation, which used aircraft mainly for reconnaissance, target designation and air assault strikes.

The OV-10A and O-2 aircraft were used for direct support and support of the combat activities of the troops. So, OV-10A performed the functions of aircraft controllers, observation aircraft and light attack aircraft. Sufficiently maneuverable, with a high degree of reaction to the threat (they appeared over the target 15 minutes after the application for an attack was received), in Vietnam they proved to be the best.

O-2 aircraft were used as advanced aircraft controllers. The army version of the aircraft could carry signal flares, containers with NAR and other light weapons.

– Detailed uniform and equipment of pilots and technicians 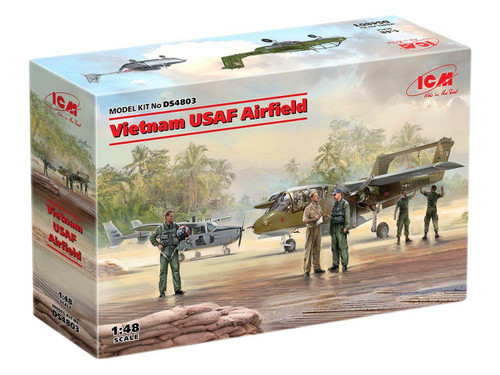