The OV-10A Bronco was designed as a light multipurpose attack aircraft. Its missions were to strike at ground targets, provide close air support to its troops and reconnaissance.

It could also serve as a forward observation and guidance aircraft. The plane was actively used in Vietnam by the U.S. Navy, Air Force and Marines. The OV-10A Bronco’s main mission was to provide cover for U.S. Army, Marine Corps and Special Forces units, and patrol the areas where Vietnamese forces were operating. Often these aircraft performed missions formerly assigned to helicopters. While less maneuverable than helicopters, these attack aircraft had a larger payload and were less vulnerable to small arms fire. 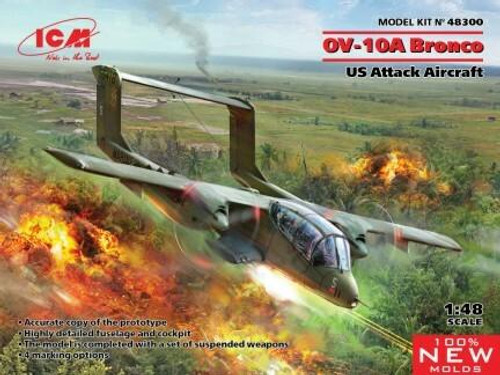