The Union infantry has held, during the Civil War period, the weight of the most famous battles (Bull Run, Antietam, Gettysburg) suffering a very high number of losses. The uniform was characterized by the typical blue jacket. The officers often wore a tailor-made longer coat (redingote). Many infantry units adopted uniforms similar to those of the French Zouaves, who became famous during the campaigns in Crimea and Italy, with dark blue tunics decorated in red, white spats and the typical large red trousers. The uniform was completed with the red fez with tassel. 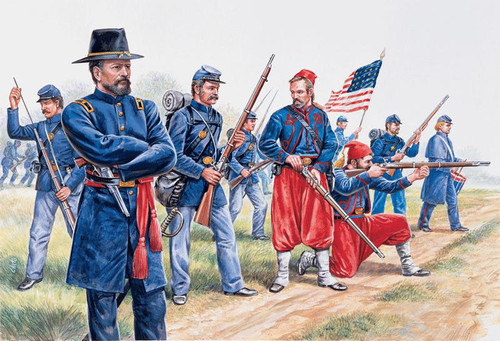