The American supersonic twin-engine F-14 was the icon of the U.S. Navy fighter squadrons during the '80s and '90s. It was characterized by the adoption of the variable-sweep wing, the twin-tail and the tandem two-seat cabin. The F-14 provided an impressive operational performance. Thanks to its two after burning turbofans it was able to reach the maximum speed of Mach 2.34. It was armed with a 20mm M61 Vulcan rotating gun and it could use, in addition to the more conventional AIM-9 Sidewinder and AIM-7 Sparrow, the AIM-54 Phoenix radar-guided long-range missiles. The F-14 entered in service during the '70s, replacing the F-4 Phantom II to perform air superiority duties. During its operational career it participated in a lot of military operations from the Gulf of Sirte crisis to the Iraq War. 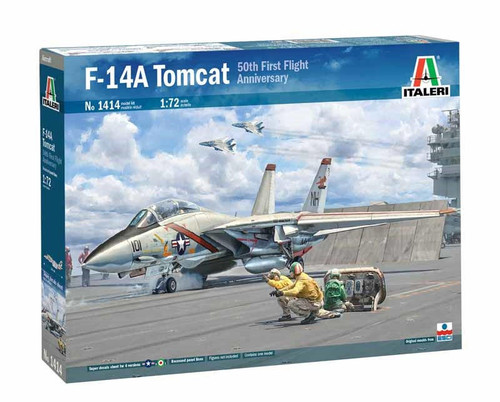