Among Napoleon's most versatile troops, the dragoons could fight on horse or be employed like dismounted troops to support infantry. In cavalry charges they used the same sabre issued to the heavy cavalry units of Cuirassiers and Carabiners. Additionally, they were equipped with a musket and pistols mod.1777. 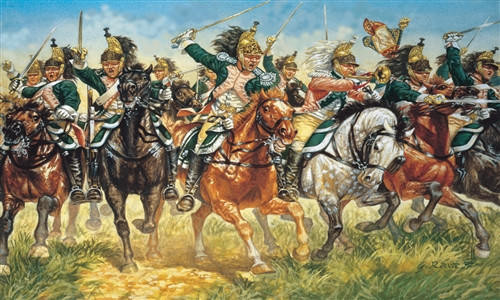