The Type 5 Chi-Ri was one of the last tanks produced by the Japanese military during WWII. The "Chi" stands for the first syllable of the Japanese word for "medium tank" while "Ri" refers to a character used in the old-style Iroha Japanese syllabary.

The Chi-Ri was a large tank design fitted with a license-built BMW aircraft engine and armed with both 57mm and 75mm guns. Only a single example was completed by the end of the war, and this was taken for evaluation by American forces after WWII. 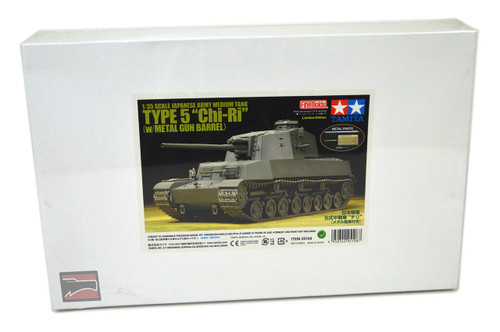