The German "Battle-Cruiser," originally known as the "Large Cruiser," was the final evolution of the Armored Cruiser. The Imperial German Navy built a smaller number of these warships compared to the British Royal Navy, but they were more like the "Fast Battleships" of the Second World War. Their heavy armor and good speed made them a force to be reckoned with. In all battles they were able to sustain a much greater level of damage and survive, with the exception of the LÜTZOW, as compared to the British battlecruiser. This book covers the Von der TANN, MOLTKE, GOEBEN, SEYDLITZ, DERFFLINGER, LÜTZOW, and HINDENBURG, as a photo album, and as a supplement to the fantastic book by Gary Staff, "German Battlecruisers of World War One."

This book contains 72 pages, with 86 B & W, as well as 3 color images, many of which have never been previously published. 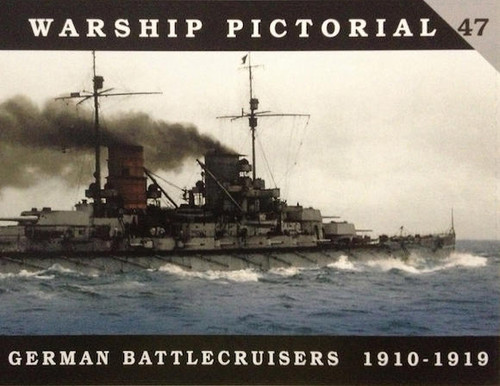