"Able Mable", the Martin AM-1/1Q Mauler, was the product of a 1943 Navy contract for two prototype bomber torpedo (BT) planes. Two other contractors, Curtiss and Fleetwings also received prototype contracts. In 1944 after the testing of these prototypes and a new entry the Douglas Skyraider, the Navy placed production orders for the Martin Mauler and the Douglas Skyraider. Even though the Skyraider proved more suitable for carrier operations, 139 AM-1s and 18 AM-1Qs were produced and served with five attack squadrons and one composite squadron before being relegated to the reserves. With its huge R-4360-4W 28-cylinder 3,000 BHP engine, the Mauler performed like a fighter and had the power to out lift any other single engine aircraft in the world at the time. In addition to its heavy-lift capabilities (10,648 lbs of fuel, 4-20mm guns with ammo, 3-torpedos and 12 250 lb bombs) the unique finger-type dive brakes on the AM-1 gave it extremely accurate and rock-steady dive bombing performance deemed best in the world by navy test pilots. Its Awesome performance made it a challenge at times particularly around the boat and earned it the enduring nickname of "Awful Monster". 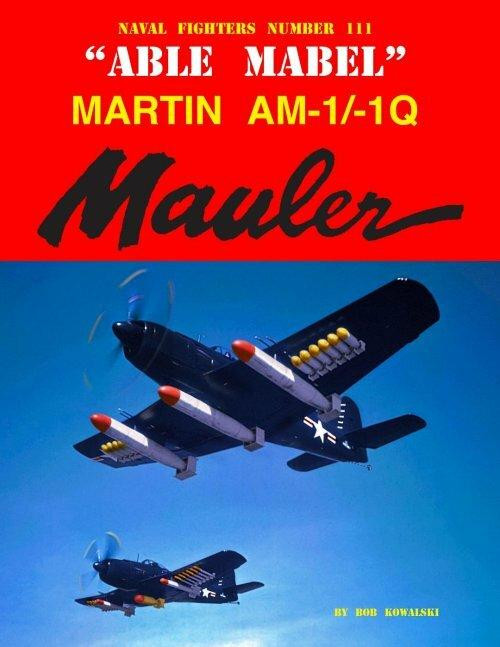