The early 1930s was a time of great change in the field of military fighter aviation. At the beginning of the decade, the state-of-the-art in fighter manufacture was the use of traditional construction techniques of welded tube fuselages and fabric covered surfaces. Fixed landing gear and open cockpits were standard equipment. By mid-decade, the state-of-the-art was changing. Lightweight aluminum alloys were being developed that offered high strength and light weight. External bracing gave way to cantilevered aero surfaces. Enclosed cockpits, retractable landing gear and aerodynamic streamlining were becoming standard design features on civilian and military aircraft of the day.

In the late 1920s, the U.S. Navy fighter market was dominated by Curtiss and Boeing with aircraft manufactured using conservative design and construction techniques that had been employed at the beginning of the decade. By the early 1930s, however, Boeing had updated their F4B/P-12 design, incorporating a stressed skin, semi-monocoque fuselage into later models of both.

In the Autumn of 1929, three engineers from the Loening Aircraft Company on Long Island made the decision not to relocate to Pennsylvania during a merger. Instead, they resolved to form their own aircraft manufacturing company. Thus, Leroy Grumman, Leon "Jake" Swirbul and William Schwendler founded the Grumman Aeronautical Engineering Corporation, in December 1929.

Following early successes with the FF-1/SF-1 naval aircraft, Grumman turned its attention to designing a single-seat naval fighter for use aboard the U.S. Navy's growing carrier fleet. With excellent performance attributes, the Navy purchased 55 F2F-1s. While performance of the F2F-1 were impressive, Grumman continued development, offering the Navy an improved design known as the F3F-1. With even better performance than the F2F, the Navy eventually ordered a total of 162 F3Fs in three major subvariants. Grumman's stubby F2F and F3F airplanes dominated U.S. Navy fighter squadrons from 1935 to 1941, with the final operational F3Fs relinquished to the training command a mere two months before the Japanese attack on Pearl Harbor and surrounding facilities.

The 192-page F2F and F3F book is generously illustrated with over 440 photos, including 34 color photos, many not previously published. In addition, 39 illustrations and line drawings are included 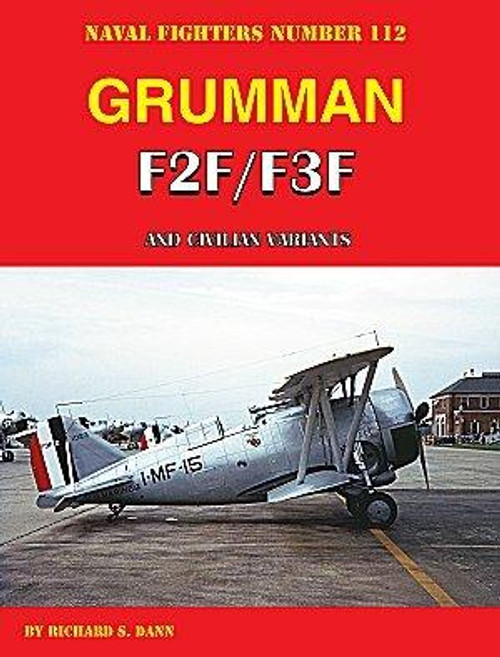