The XF-84H was derived from the RF-84F as a supersonic propeller test vehicle driven by an afterburning Allison XT-40 turboprop engine. Two aircraft were built and briefly tested as noise produced by the propeller even at idle was too severe for safe ground crew activities. The sickening noise gave the aircraft its nickname "Thunderscreech". It was the 1st US aircraft built with a Ram Air Turbine (RAT) which provided emergency electrical and hydraulic power in subsequent US aircraft, but provided needed power for the XF-84H when landing. Another novel feature was a "take-off fin" or "vortex gate" aft of the cockpit to overcome the effects of the propeller torque. The flight program lasted from June 1955 until October 1956 with the program being taken over by the McDonnell XF-88B which flew until January 1958. The XF-88B had both turbojet and turboprop engines and could taxi and take off without the turboprop operating, thus without subjecting the ground crew to the painful noise. 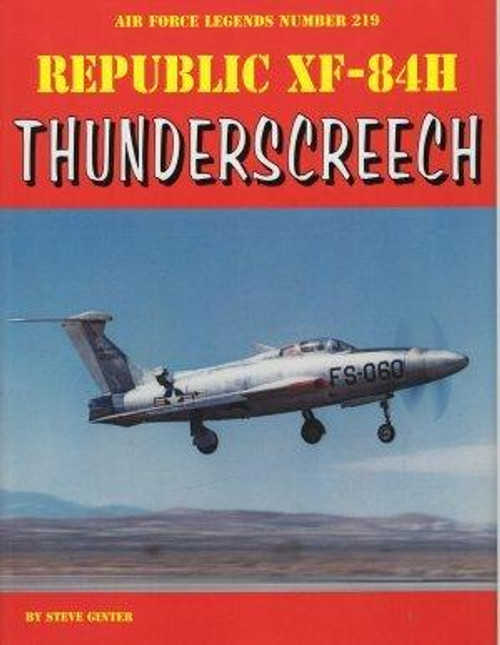