The Curtiss XP-55 Ascender was a tailless swept-wing WWII pusher fighter design born out by the USAAC 1940 fighter competition. The USAAC was looking for a fighter to counter the threat of the German Bf-109 and the Japanese Zero and replace the obsolete P-35s, P-36s and the front line P-40s just entering service. From this competition three unusual pusher prototypes were ordered, the Consolidated XP-54, Curtiss XP-55, and the Northrop XP-56. A low powered full scale flying model (model CW 24B)was built out of wood and cloth to substantiate the flying qualities, and was first flown on 2 December 1941. The XP-55 mock-up was completed in August 1942, and the first of three XP-55s was completed on 26 June 1943 with its first flight being conducted on 13 July 1943. The first aircraft was destroyed on 15 November 1943. Changes deemed necessary were incorporated in the second airframe in which performance testing began on 16 September 1944. Although the much more capable P-38, P-47, and P-51 had entered service, research into the XP-55s unusual design continued. The third XP-55 had entered flight testing in April 1944 and was used at Eglin Field for armament tests before being lost during a war bond rally display on 27 May 1945. By then the program had been terminated. Today, the second XP-55 presides in restored condition at the Kalamazoo Air Museum 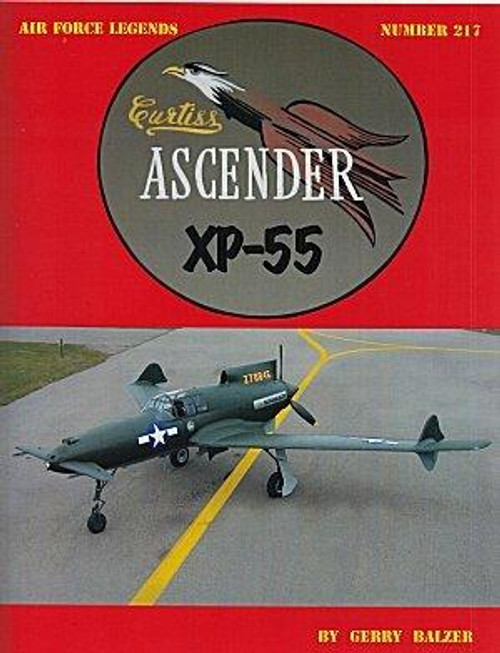