AH-1S Cobra Attack Helicopter - The AH-1 Cobra is an armed attack helicopter designed by Bell. It is a two bunch seat with a two-blade main rotor, long fuselage with a twin short wing in the middle. The first flight was September 7, 1965. The AH-1S came into service in june 1967, and was named "Huey Cobra". It came into widespread use in Vietnam in the Sixties and  provided fire support for ground forces, escorted transport helicopters and other roles. 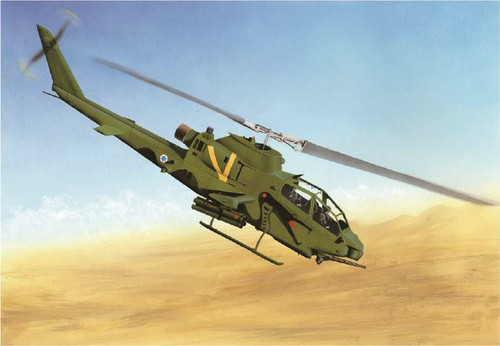