K-141 Kursk was an Oscar-II class nuclear cruise missile submarine of the Russian Navy, lost with all hands when it sank in the Barents Sea on August 12, 2000. Kursk, full name Атомная подводная лодка, which translated, means the nuclear powered submarine "Курск" [АПЛ "Курск"] in Russian, was a Project 949A Антей (Antey, Antaeus but was also known by its NATO reporting name of Oscar II). It was named after the Russian city Kursk, around which the largest tank battle in military history, the Battle of Kursk, took place in 1943. One of the first vessels completed after the fall of the Soviet Union, it was commissioned into the Russian Navy's Northern Fleet. 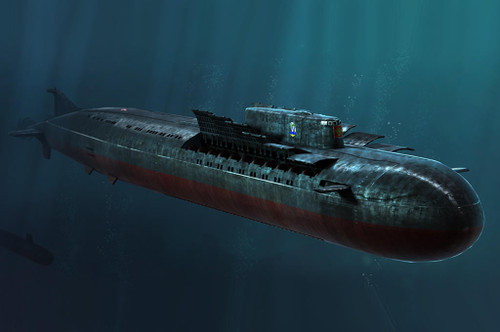