The aircraft was a deeply modernized version of the OV-10A aircraft. The main difference was the installation of a forward-looking night vision system with a rotating camera under an extended nose. In the tail booms were mounted devices for shooting false targets. The changes also concerned the engine, the composition of the onboard electronic systems, communication systems, the airframe of the aircraft and the cockpit equipment. The extended capabilities of the aircraft made it possible to solve a wide range of tasks, including observation and target designation. At the same time, he retained the functions of an attack aircraft, and still had the ability to strike ground targets with missiles and aerial bombs.

OV-IOD + aircraft have shown their effectiveness in combined-arms exercises. And during Operation DESERT STORM in 1991, the US Marine Corps used these aircraft to guide aviation. 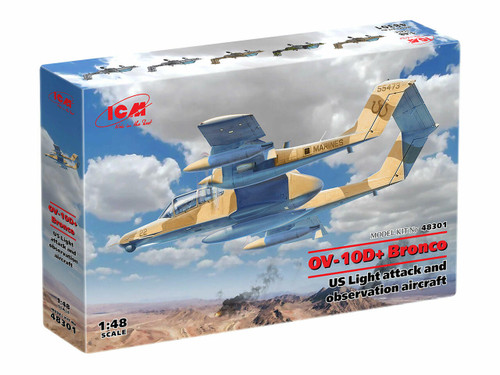