Markings for both the Air Group and the USS Enterprise from June 1942 to November 1942. Markings for the aircraft include National Insignia and Tactical markings for both Air Group Six at the Battle of Midway and Eastern Solomans, and Air Group 10 from Santa Cruz to the Naval Battle of Guadalcanal in the November '42. Ship markings include the correct yellow dashes (confirmed by many color photographs) on the Big E's flight deck until her repairs after the November battle. 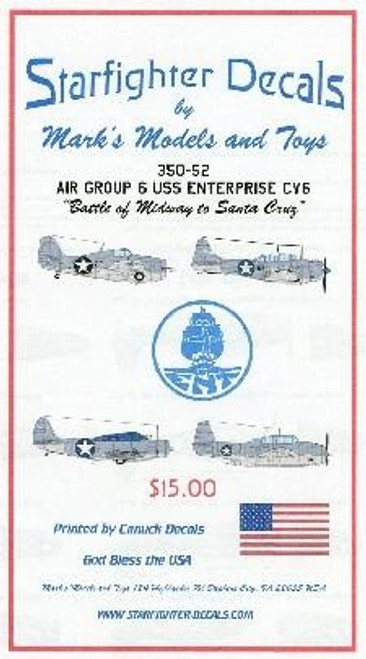