The legendary British, World War II STEN submachine gun is featured in this concise, illustrated book. Famous for its use by British elite forces, as well as the French underground during WWII, variants of the STEN were manufactured and used by many countries during the war and up through the 1970s. Beginning with its initial design and construction, the Mk.I and Mk.I*, Mk.II, Mk.III, and Mk.5 versions are presented in detail, including up-close images of manufacturer's markings. Superb war-era photographs show the various STEN models in combat use. Select foreign variants also discussed include French, Polish, and German types. STEN accessories such as magazines, ammunition, silencers, and bayonets are featured throughout the book, as well as rarely seen WWII-related uniform and equipment items. 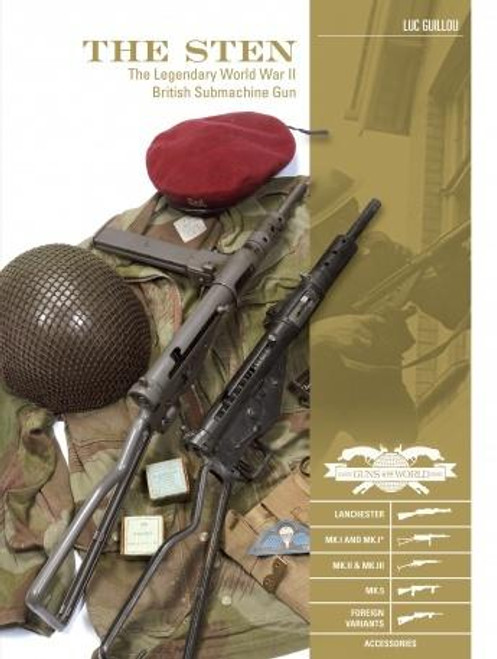