The M113 family of vehicles is arguably the most successful series of armored personnel carriers of all time. Produced in huge numbers, these 'tracks', served the US and its Allies from the early 1960s into the 21st century. The M113 has operated across the globe, serving alongside GIs wherever they deployed. Physical layout was logical - a hydraulically operated rear ramp allowed for quick egress from the troop compartment; the drivers position and powerplant filled the forward spaces. The driver was provided with four M17 periscopes, and his hatch had provision for an M19 infrared periscope as well. The commander's station, just aft of the driver, had a cupola equipped with five M17 periscopes and an M2 HB machine gun. Illustrated with 170 photographs, plus color profiles and detailed line drawings; 72 pages. By David Doyle 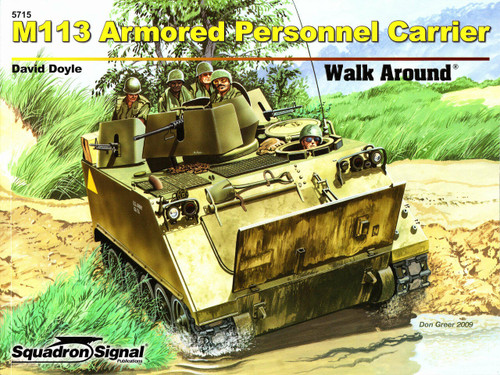