Just as the Sherman tank was the quintessential 'American tank' in WWII, the M48A3 Patton tank was the most prominent US battle tank during the Vietnam War years of the 1960s and 1970s. The US Marines, who arrived in Vietnam with M48A3s in March 1965, were the first American forces to bring tanks to Vietnam. Close on their heels came the US Army, with its Patton s in October 1965. The Marines then introduced a flame throwing version of the M48A3, namely the M67A2. Beginning in July 1971 the US began supplying M48A3 tanks to the South Vietnamese army in line with President Richard Nixon's commitment to the Vietnamization of the war. Although the 52-ton Patton had been received with some skepticism when it was introduced it possessed features that proved well adapted to combat conditions in Southeast Asia. The thick armor of the M48A3 protected crewmen from Viet-Cong mines, and the vehicle's sheer mass enabled it to force its way through thick jungle vegetation. Illustrated with 109 photos, plus color profiles and detailed line drawings; 48 pages. By David Doyle 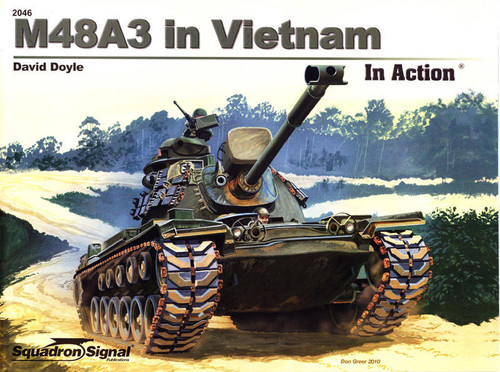