This 1/35 scale model assembly kit depicts the Ausf.G variant of the long-serving Pz.Kpfw.IV. Ausf.G tanks were equipped with long-barreled KwK 40 L/43 guns after fighting with Soviet armor demonstrated the obsolescence of the Wehrmacht’s short-barreled weapons. Produced between March 1942 and June 1943, they also featured a new mantlet and cradle, and further upgrades during production included extra armor. They would fight on all fronts in the ultimately unsuccessful German war effort. 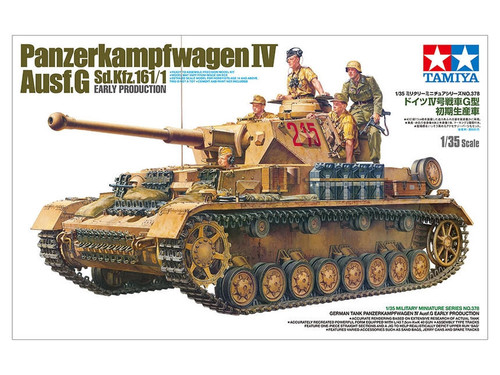