Among the various native armor fielded by Italian forces in WWII, the Semovente M40 da75/18 was perhaps the most successful, and it formed the base for the improved M42 da75/34 depicted by this model. The M15/42 medium tank provided the basic chassis, while superior penetration was achieved by the L/34 75mm gun. Although production began in Spring 1943, most vehicles ended up in German hands following the Italian armistice with the Allies in September of that year. They were mainly deployed in anti-tank units attached to German Infantry Divisions, and their low profile and powerful gun ensured that they were a threat to the enemy, particularly in ambushes; they fought until the German surrender of May 1945. 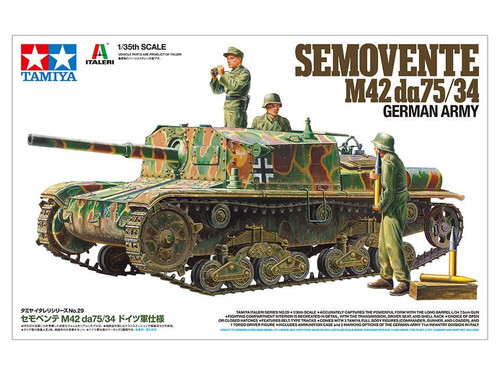