The F4U Corsair was a formidable combination of speed and firepower and was the mount of numerous aces during WWII. This kit depicts the F4U-1D variant, which was first deployed aboard U.S. Navy aircraft carriers in April 1944. Distinctive features such as the higher pilot seat position, taller tailwheel, and wider propeller blades have been accurately reproduced, and the model may also be assembled with wings folded. A pilot figure, drop tanks, and two types of canopy windshield are included together with markings for three aircraft flown by U.S. aces. 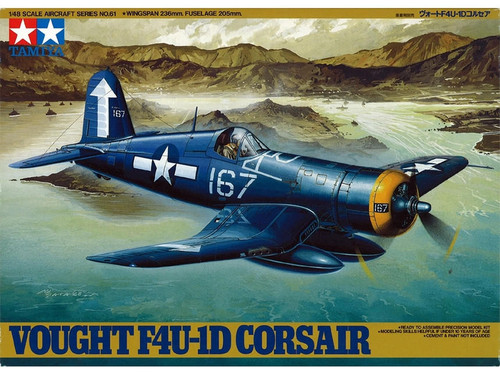