1943 saw the production of the worlds heaviest and most powerful tank of its time, the Jagdtiger. Pro-duced by Henschel, it was based on the King Tiger"s chassis and featured a long barreled 12.8cm gun which showed great offensive capabilities being able to knock out Allied tanks from a great distances. Along with its new design, the large sized fixed fighting compartment was given a 250mm thick front defensive armament which was unique to this tank. First appearing at the Ardennes offensive in December 1944, the Jagdtiger mostly fought against Allied forces in Western Germany from January 1945. Up until April 1945, more than 80 Jagdtigers and another ten with "Porsche turrets" were produced. 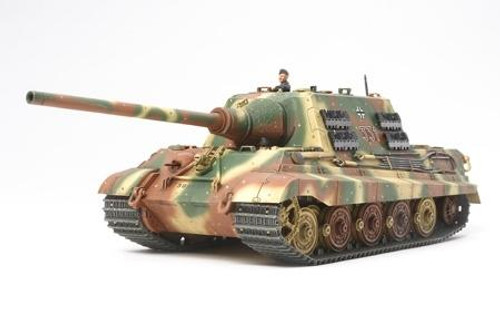