From the early days of the Second Sino-Japanese War to the end of hostilities in the Pacific, the Mitsubishi Zero served as the Imperial Japanese Navy's main frontline fighter. The first major mass-produced version was the A6M2b, which was equipped with 50cm folding wingtips, landing hook, and radio direction finder for carrier-based operations. Flown by expert pilots, the A6M2b took part in daring operations such as the Pearl Harbor attack and the invasion of the Philippines. It's 3,000km range, powerful 20mm cannon armament, and legendary maneuverability quickly earned the respect of Allied aircrews. 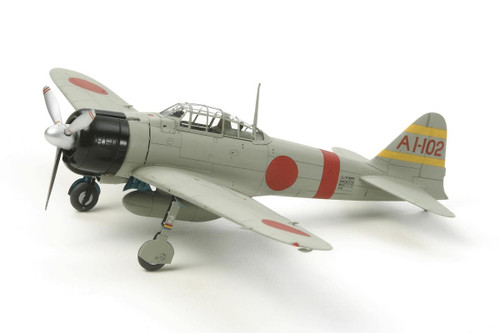